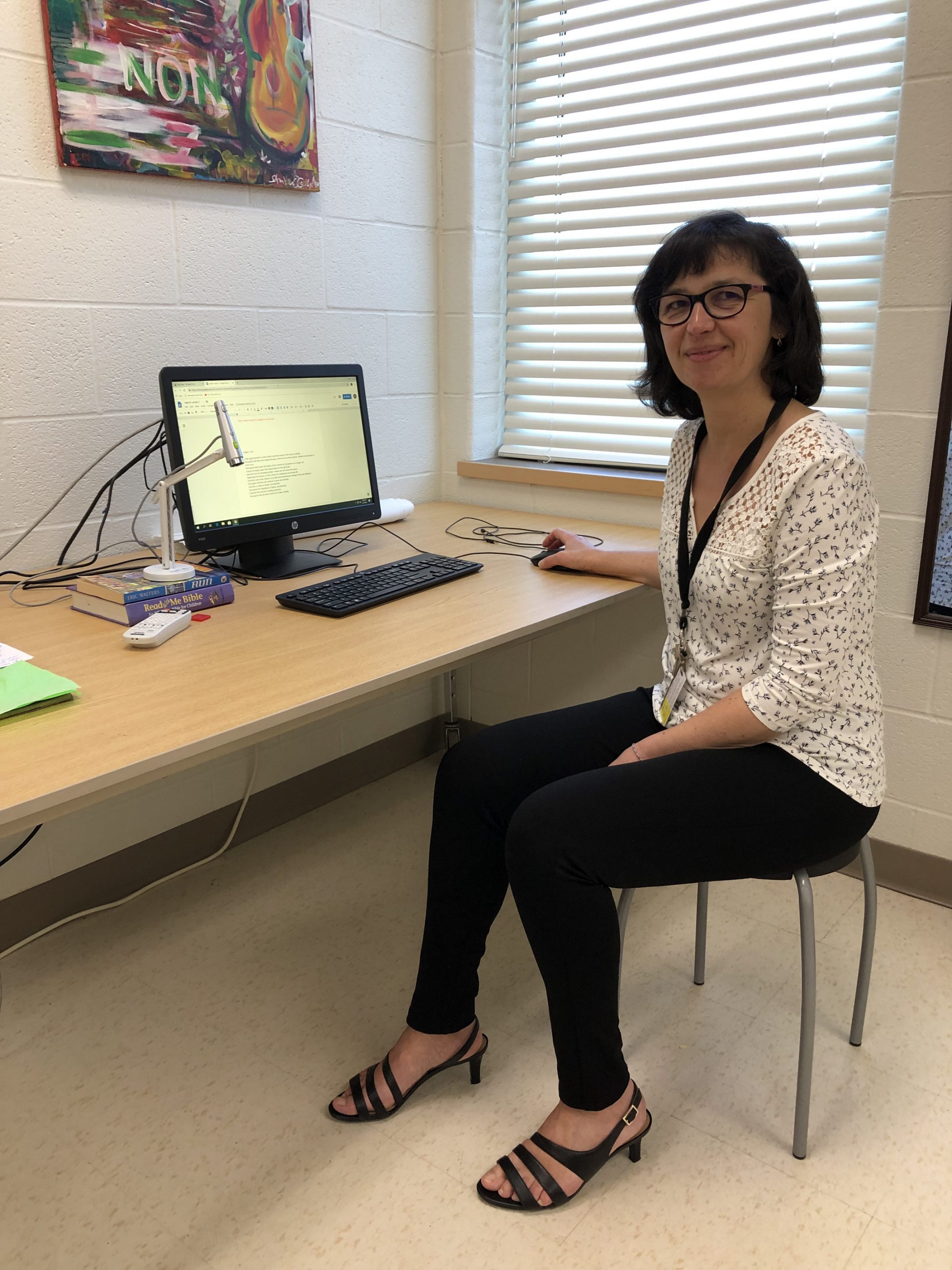 For the past few years, the French Embassy’s Cultural Department has been promoting teacher exchanges between France and Canada. These exchanges strengthen the countries’ partnership in the field of education: they promote joint projects and collaboration between educational establishments in both countries. For Chrystelle Descamps, this exchange program has allowed her to experience a completely different education system.

Chrystelle has worked for 18 years as a school teacher near Lille in Northern France. Her exchange trip to London, Ontario, where she had the opportunity to teach French for a school-year, is coming to an end. Chrystelle chose Ontario because she felt it was a good opportunity that would “allow [her] to also improve her English language skills.” What made her want to come to Canada? Her answer is straightforward: “Canadian teaching practices are often cited and referenced in France…” Chrystelle was hired to teach a third-grade class in a French immersion school (St Anthony French Immersion Catholic School) in London. In turn, a Canadian teacher at this school went to work at Chrystelle’s school in France.

Chrystelle found numerous differences between the school in London and her school in France, such as classroom space management: “… even in higher grades, there are workspaces where students can sit where they like: on a couch, a bean bag, a rug, at a large table to work in groups… These flexible seating arrangements are also found in certain schools in France, but the practice is not yet widely spread.” Chrystelle also mentions the fact that particular attention is paid to special-needs students, with the help of specialised teachers and teaching assistants.

She quickly adapted to life in Ontario and to her new work environment, in large part thanks to her colleagues whom she describes as being “very supportive.” This exchange also allowed her to meet teachers who had done exchanges in the past, which gave them the opportunity to compare their teaching practices.

Chrystelle shares some of her favourite moments from the trip: finding her car covered in snow in the parking lot, seeing students sledding down snow-covered hills or sliding on makeshift ice rinks during recess, filling out report cards and gathering in the gym for student assemblies.

Chrystelle will soon return to her own school in France. This experience has made her want to do another exchange abroad, and it has sparked a desire in her to promote educational partnerships between Ontario and her region in Northern France.

Other exchanges took place this year in collaboration with CEEF (Canadian Education Exchange Program). This program allowed the Academy of Lille to co-organize five teacher exchanges with five Canadian schools (two in BC and three in Ontario): two in elementary schools, two in middle schools and one in a professional high school, located in five different parts of the Hauts-de-France region in Northern France (Arras, Boulogne, Douai, Lille-Centre and Lille-Ouest).