The comics authors Bessora and Jérémie Royer will be touring Canada for several days. They will present some of their books and offer many conferences and signing sessions, so don’t miss them!

Calgary : May 14 – 6pm. Roundtable at the Alliance Française in Calgary

Edmonton : May 15 – 7pm. Roundtable at the Alliance Française in Edmonton 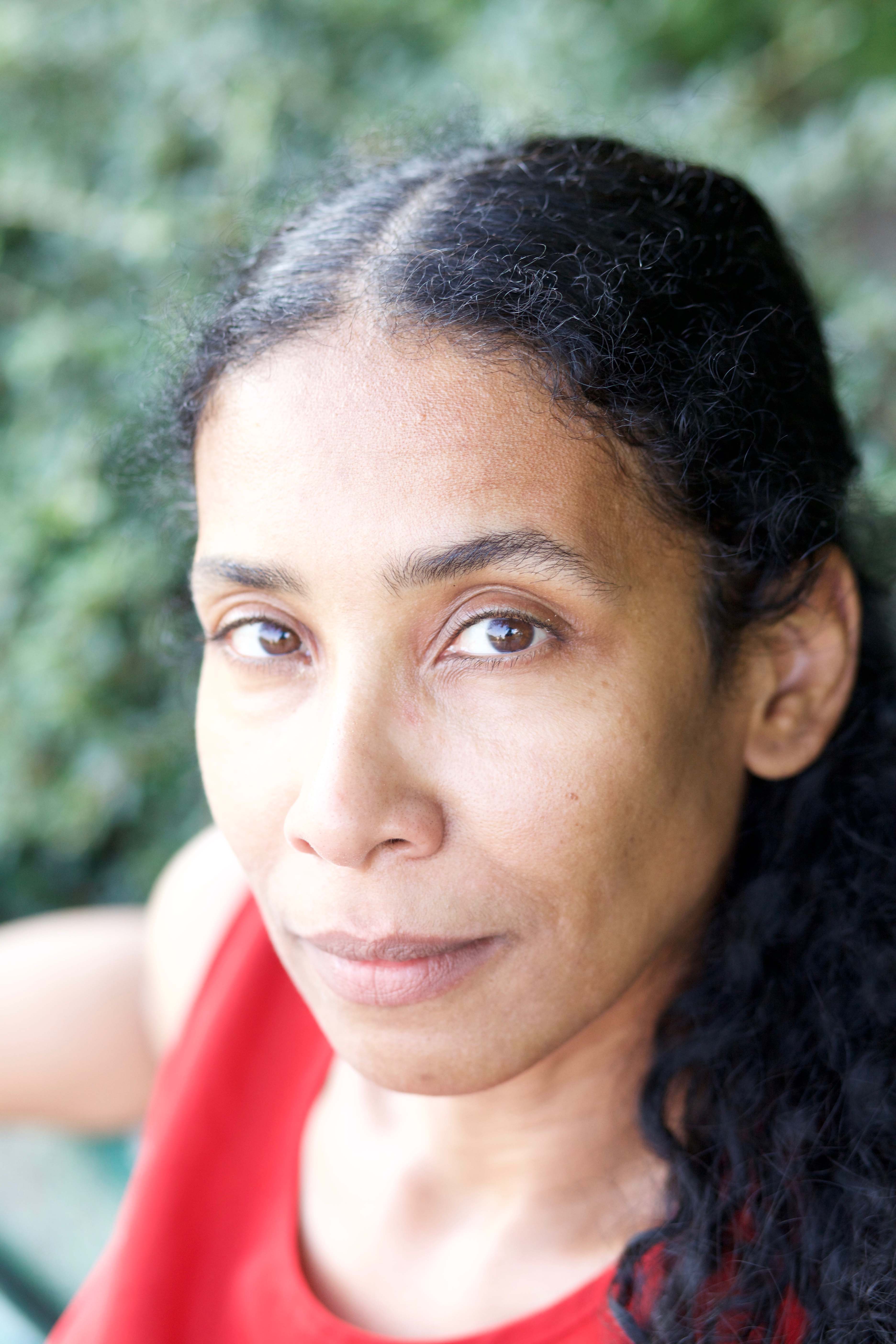 Bessora is an award-winning author of Swiss, German, French, Polish, and Gabonese heritage, whose work has been anthologized in Best European Fiction and has received the Fénéon Prize and Grand Prix Littéraire d’Afrique Noire. Raised in Europe, America, and Africa, she has traveled extensively, and her fiction is underpinned by extensive research and her training as an anthropologist. Alpha is her first graphic novel. She lives in Paris. 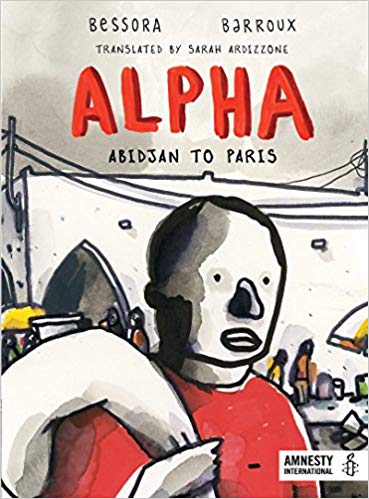 Alpha: Abidjan to Paris. A graphic novel by Bessora, illustrated by Barroux. Translated from the French by Sarah Ardizzone

” Today’s refugee and migrant crisis threatens to divide countries and alliances. In this charged political climate, it is easy to forget the individuals struggling to cross borders and survive. Alpha is the antidote. In this beautifully told graphic novel, Alpha’s wife and son left Côte d’Ivoire months ago to join his sister-in-law in Paris, but Alpha has heard nothing from them since. Without any visa, he is adrift for over a year, encountering human traffickers in the desert, refugee camps in northern Africa, overcrowded boats carrying migrants between the Canary Islands and Europe’s southern coast, and an unforgettable cast of fellow travelers lost and found along the way. Throughout, Alpha stays the course, carrying his loved ones’ photograph close to his heart as he makes his perilous trek across continents. “

Jérémie Royer is an illustrator and designer. Raised in Nice, he studied comic book art and illustration at the École supérieure des arts Saint-Luc in Brussels and is now based in Paris. He is a member of Atelier Mille studio. Royer is co-author, along with Fabien Grolleau, of Audubon, On the Wings of the World (Nobrow Press). 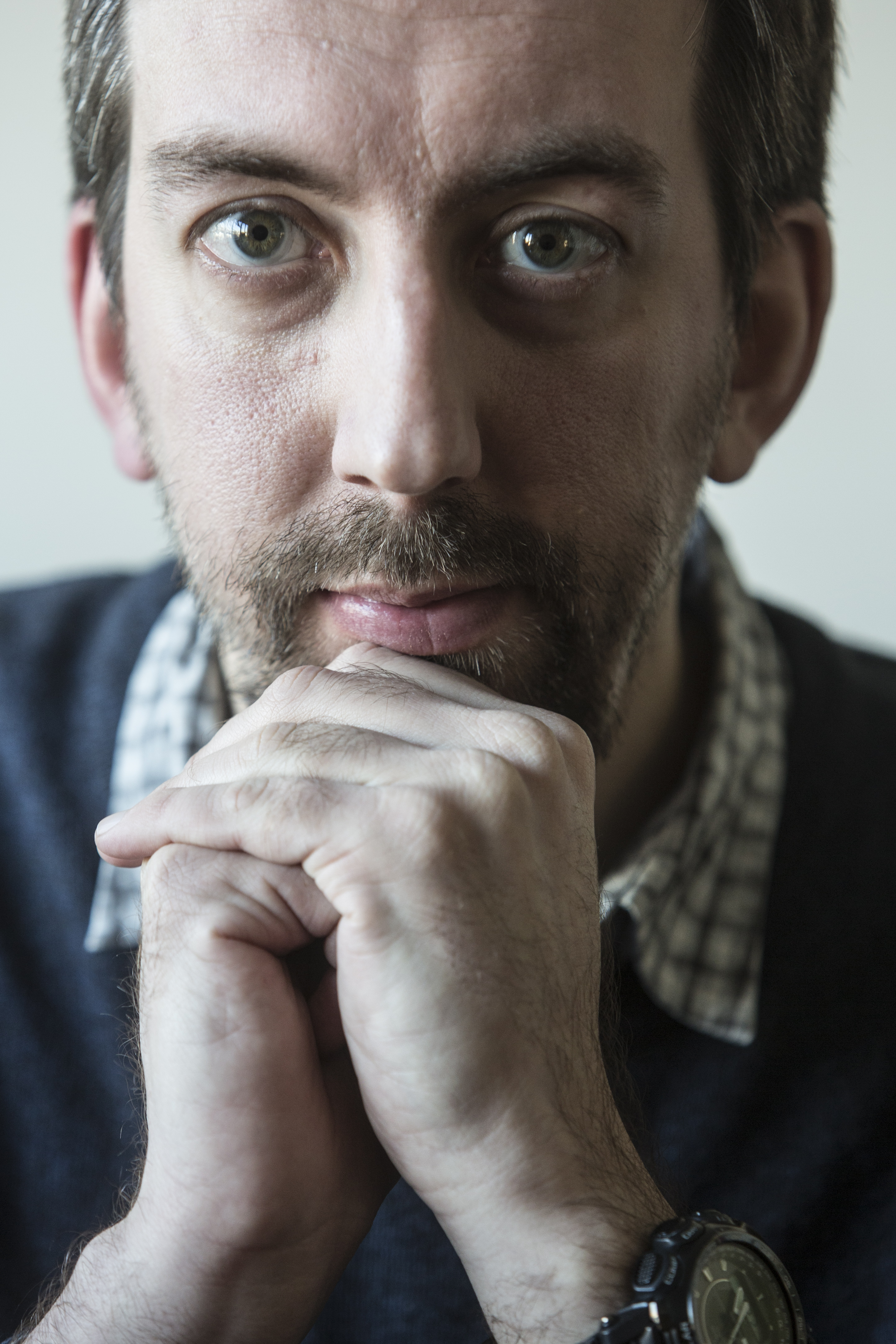 The year is 1831. A gifted yet somewhat distracted young man named Charles Darwin has been offered a place aboard the H.M.S. Beagle. The journey will change both his life and the course of modern science…

This is an intelligent and immersive graphic novel from award-winning duo Fabien Grolleau and Jérémie Royer that follows legendary scientist Charles Darwin as he embarks on the voyage that began his career. Join him on a journey of thrilling discovery as he explores remote corners of the natural world and pieces together the very beginnings of his revolutionary theory of evolution. 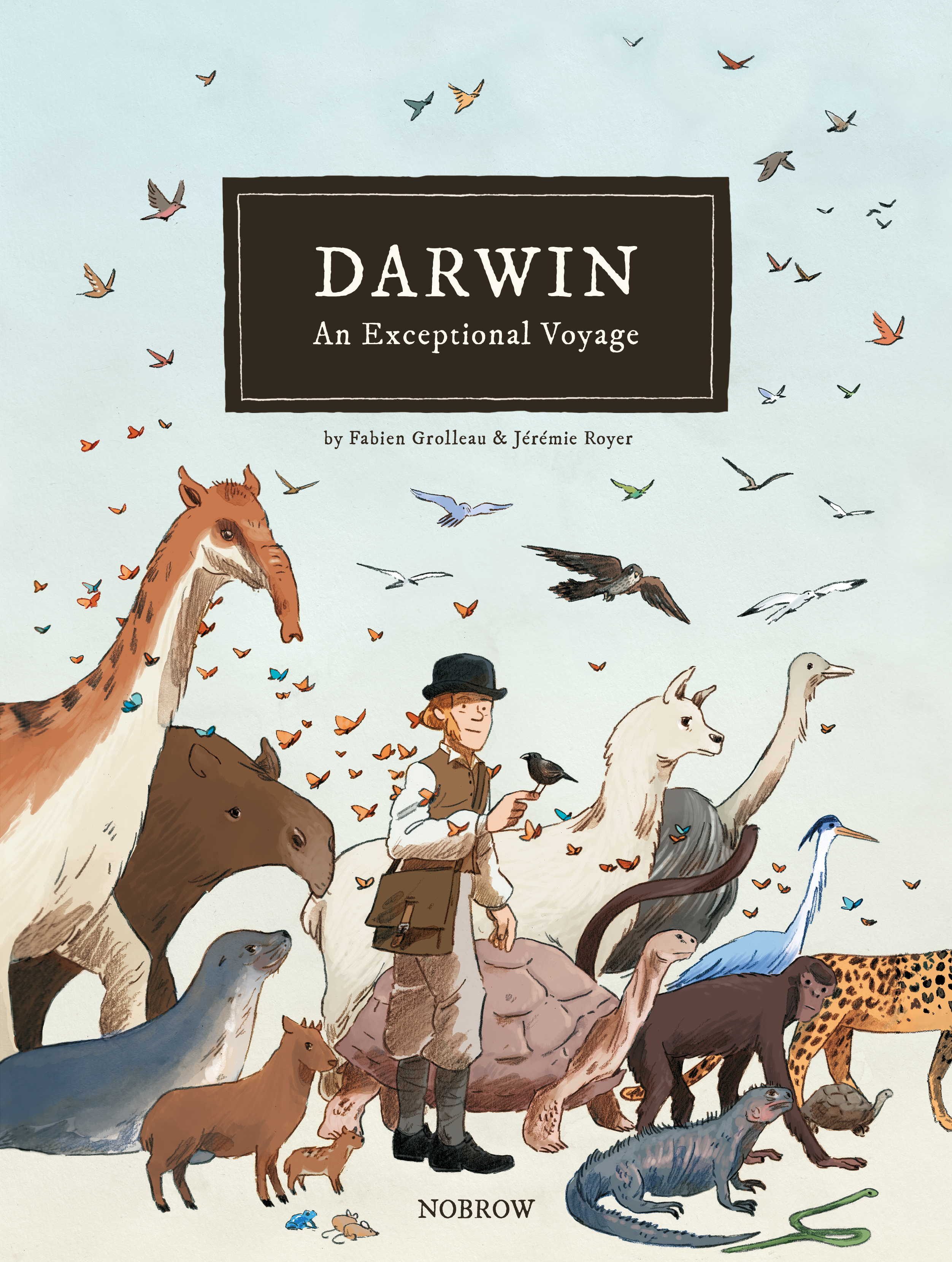