The event took place on the uAlberta campus in Edmonton, gathering speakers invited by the SCAC and the Faculty of Agriculture, Life and Environmental Sciences (ALES). Those three days of talk and workshops addressed issues such as genomic selection in agriculture, animal welfare, agriculture markets… Fabien Agenes, scientific attaché at the Vancouver SCAC, gave the opening remarks of the cycle, that attracted as much as 120 people on day 2.

As one of the organizer of the event, the SCAC also invited two speakers from France : Nicolas Treich, research director at the National Institute for Agronomic Research (INRA, France) and at the Toulouse School of Economics, as well as Stéphane Lemarié, INRA and Grenoble Applied Economics Lab researcher. M. Lemarié was also interviewed (in French) by Radio Canada about genomic selection in agriculture. 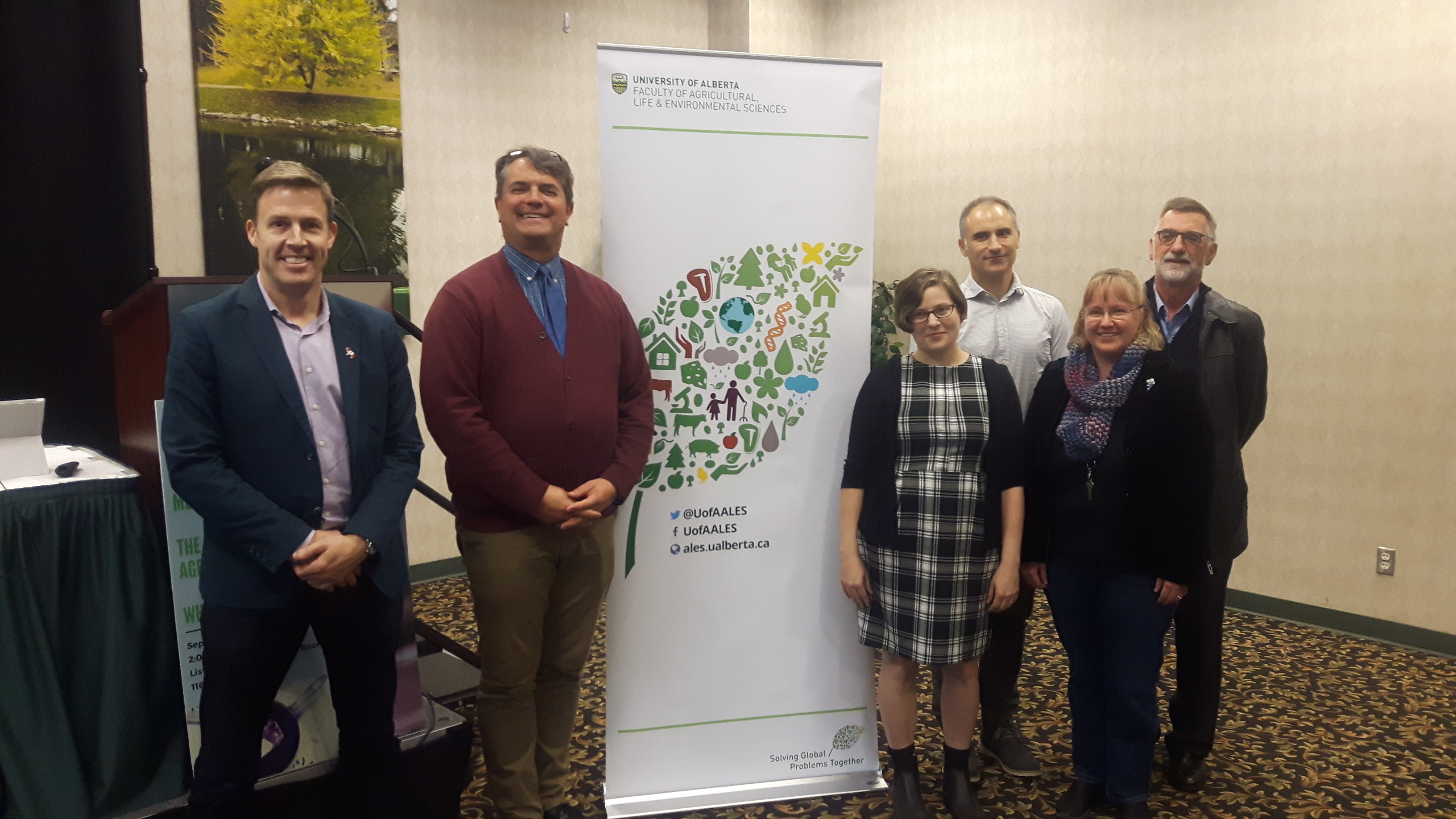 The letter of intent that initiated this symposium is a landmark event for relationships between France and Alberta in the fields of agriculture, food and forestry. In particular, it creates a group, with representative from both sides, dedicated to information sharing, and also supports student and researcher mobility across the Atlantic.