This new International Research Project (IRP), officially created on Thursday, January 21, 2021, is named after James Clerk Maxwell, a 19th century physicist whose work predicted the existence of electromagnetic waves, and Hans Berger, a German neurologist considered to be the father of electroencephalography.

The Laboratoire Souterrain à Bas Bruit (LSBB), under the joint supervision of the CNRS and Avignon University, is located in the heart of the Luberon Regional Natural Park, at a distance from major traffic routes and other sources of mechanical and acoustic noise and nuisance. 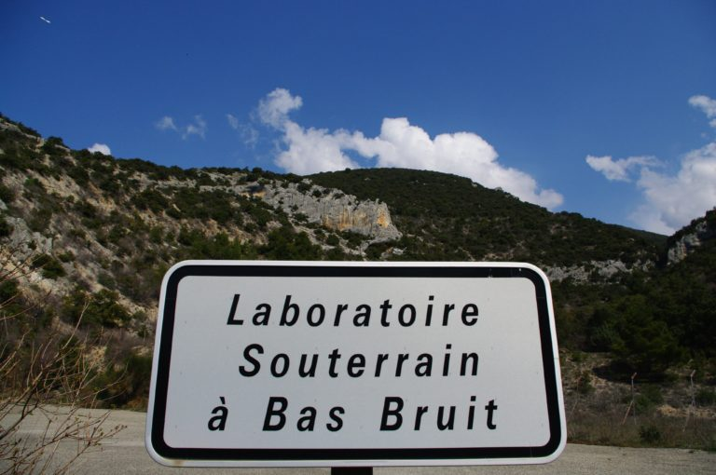 The facility, built in the 1960s to house the surface-to-surface ballistic nuclear missile firing station of the French nuclear deterrent force on the Plateau d’Albion, was decommissioned in the late 1990s and transformed into a unique research laboratory that now attracts scientists from around the world. “The LSBB is located in the heart of one of the last areas of great electromagnetic calm, offering scientists one of the quietest underground laboratories in the world”, explains Dr Stéphane Gaffet, director of the LSBB.

Equipped with a magnetical shielding and vibration-proof chamber, the LSBB offers an ideal environment for conducting complex experiments involving electromagnetic waves. It houses ultra-sensitive instruments and significantly improves their measurement performance by reducing interference of all kinds. The LSBB thus offers unique conditions for applications in seismic metrology, the study of hydrodynamic processes in relation to variations in groundwater runoff, and high-sensitivity broadband electroencephalographic (EEG) recordings for the study of neurodegenerative diseases and neurological disorders.

A new collaborative agreement between CNRS and UBC to expand joint research from medical sciences to geophysics:

The link between UBC researchers and LSBB goes back more than 15 years. Thus, Dr. Guy Dumont and Dr. Matthew Yedlin, both researchers at UBC, have carried out part of their work at LSBB and now place their projects in the context of this strengthened partnership.

The CNRS, a major player in Franco-Canadian collaboration.

International Research Projects (IRP) are collaborative projects between one or more CNRS laboratories and one or two laboratories in foreign countries. They strengthen existing collaborations by further promoting scientific exchanges in the short and medium term.

In Western Canada, the creation of this new IRP formalizes the relationship established for more than a decade by the researchers contributing to this project, associated with the three French universities (Université d’Avignon, Université Côte d’Azur and Université de Pau et du pays de l’Adour). It enriches the existing collaborations between UBC and CNRS researchers, adding to two other major partnerships in the French-Canadian relationship:

An agreement formalized by a virtual signature.

The signing ceremony for this new agreement took place in the presence of all the partners.
The following spoke in succession:

They all welcomed the scientific dynamism of the researchers who, for more than 10 years, have been combining their efforts to achieve this result, which today reinforces the international collaborations already existing between the two institutions.