Organized by the Consulate General of Portugal in Vancouver and EUNIC Canada-Vancouver, with the support of the Camões Institute for Cooperation and Language, the next meeting with the EU Book Club, moderated by Sandy Gualdino, will be with a Portuguese novel by José Saramago.

In 1998, the Nobel Prize in Literature was awarded to José Saramago, the first and only Portuguese writer to receive such an honour. To mark the 20thanniversary of the award, the book club will be dedicated to his novel “O Homem Duplicado”, the duplicated man translated in English as “The Double”. Published in 2002, it tells the story of Tertuliano Maximo Afonso an ordinary history teacher that becomes obsessed with a man he sees while watching a movie and that looks exactly like him. Against his own better judgment he decides to pursue his double. As he establishes the man’s identity, what begins as a whimsical story becomes a dark meditation on identity and, perhaps, on the crass assumptions behind cloning – that we are merely our outward appearance rather than the sum of our experiences.

A “wonderfully twisted meditation on identity and individuality” from a Nobel Prize–winning author who pushes fiction to its very limits (The Boston Globe). 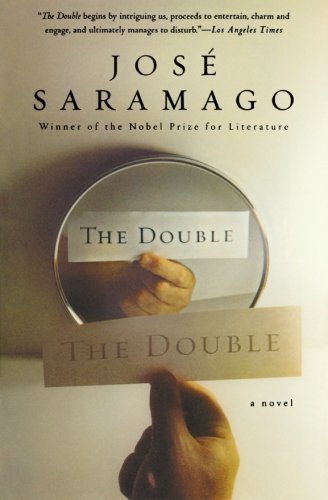